In the collection, you will find over 200 different models produced by Honda from 1947 to 1992. Starting with the very first Honda model, the 1947 A-type and finishing with the 1992 NR-750 and CBR900RR Fireblade - a fitting tribute is provided to the period of Soichiro Honda.
Throughout the two-floors of display, you will see Honda models of all shapes and sizes. From 1-cylinder to 6-cylinders and from 2-stroke to 4-stroke, Honda produced more variety of engines and model designs than any other motorcycle producer. You may even find your first Honda!

As well as the over 200 classic Honda’s on display, you will see a 100-metre Honda timeline display, providing a year-by-year history of Honda motorcycles. In addition, TV monitors show videos of past Honda factory tours and other interesting films. In addition, introduced during 2018, is our Honda Reading Room where over 200 model fact files are available to study. 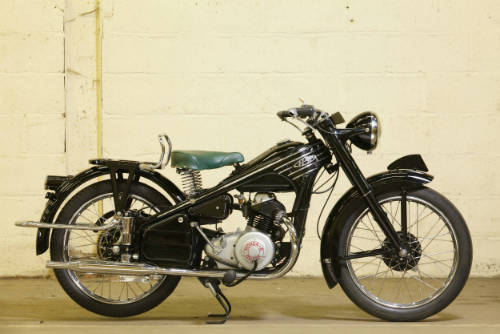 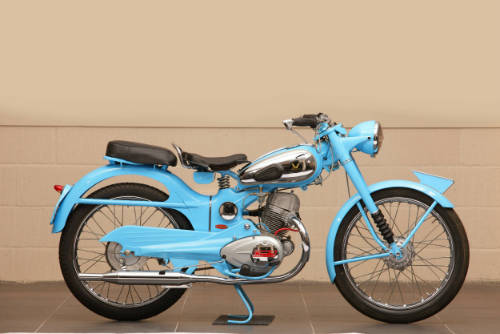 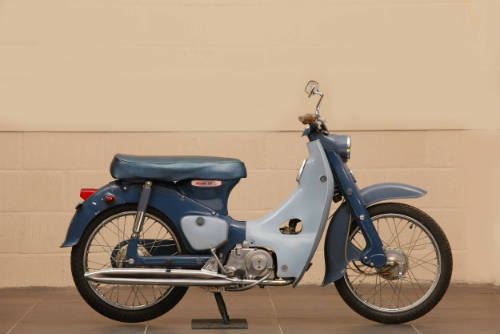 The first Dream models...
There are 5 early Dream models on display, starting with the 1951 Dream E-type model through to the 1959 Dream CE71 Super Sport. The Dream E-type was a 146cc single and the first of many 4-stroke models. The name Dream came from Soichiro himself as he had achieved his wish!
The early Benly range...
7 different models on display portray the early Benly range. From the word Benri, meaning convenient in Japanese, these Benly models were produced as practical commuter bikes. Starting with a 1953 Benly J-type and finishing with the twin-cylinder Benly CB92 Super Sport.
Super Cub - the world's most produced motorised vehicle.
In 1957, Soichiro Honda had a vision to produce a model of mass numbers for export across the world. It was to have the protection of a scooter, the handling of a motorcycle and the dependability and economy of 4-stroke power. In late 1958 the Super Cub C100 was launched and the Honda phenomenon started as over 80 million units have now been produced! On display are 3 early examples of the C100 including a C102, the electric start version.
1960s - The collection showcases over 30 models from the 1960s 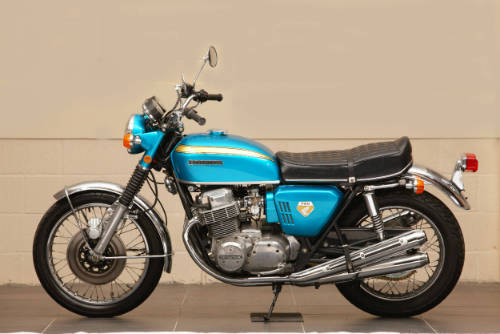 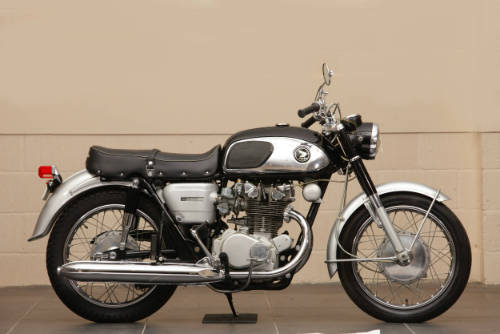 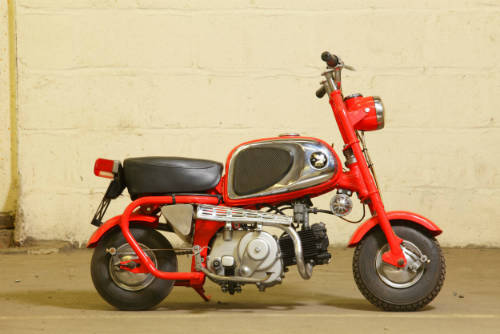 From the Monkey CZ100 through to the Dream CB750 Four...
By the 1960s new Honda models were in abundance and the advertising phrase ‘You meet the nicest people on a Honda’ was attracting new buyers to Honda dealers. The modern designs, bright colours and simplicity attracted commuter and sport riders. From 50cc mopeds to 450cc sports bikes and from on-road to off-road designs, there was a model to suit all tastes. Then in 1968 Honda launched the Dream CB750 Four, a new sports bike that started the term ‘superbike’. On display covering this decade are over 30 different models from the CZ100 Monkey bike through to a very early production number 1000750 sandcast CB750.
Key decade models on display include :
• 1963 Juno M85
• 1964 Monkey CZ100
• 1965 CL72 Scrambler 250
• 1967 Dream CB450
• 1969 Dream CB750 Four (Sandcast model)
1970s - The collection showcases over 60 models from the 1970s 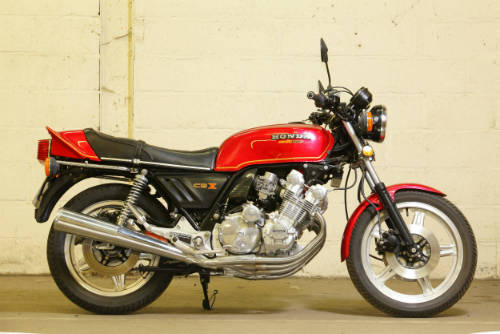 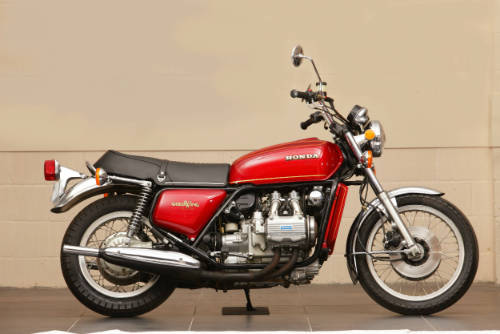 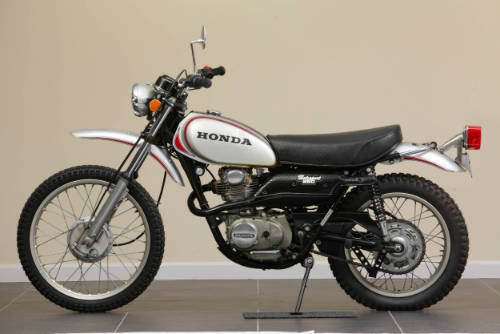 The 1970s Honda model range was exceptional.
Not just a new decade of many new models but also a period of hi-technology. Honda R&D worked overtime on many new engine configurations and high levels of sports riding specification. From in-line four’s to in-line six’s, V-twins, flat-fours and automatics. On-road, off-road, two wheel, three and even four wheel practical and fun bikes! The 1970s Honda model range was exceptional.  Over 60 models from this decade are on display including all 3 models of the CBX and 5 examples of the Gold Wing touring range.
Key decade models on display include :
• 1973 XL250 Motosport
• 1974 MT125 Elsinore
• 1975 GL1000 Gold Wing
• 1975 CB400F
• 1979 CBX 6-cylinder
1980s - The collection showcases over 20 models from the 1980s 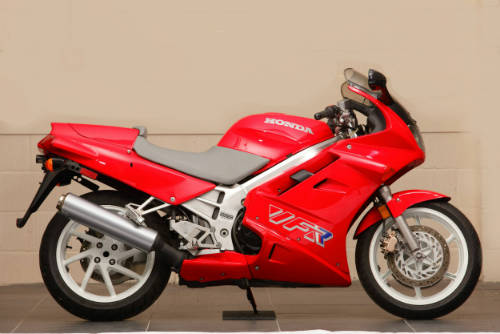 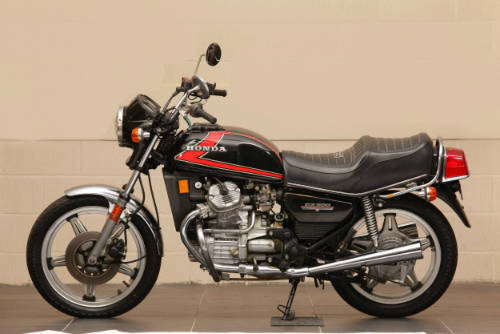 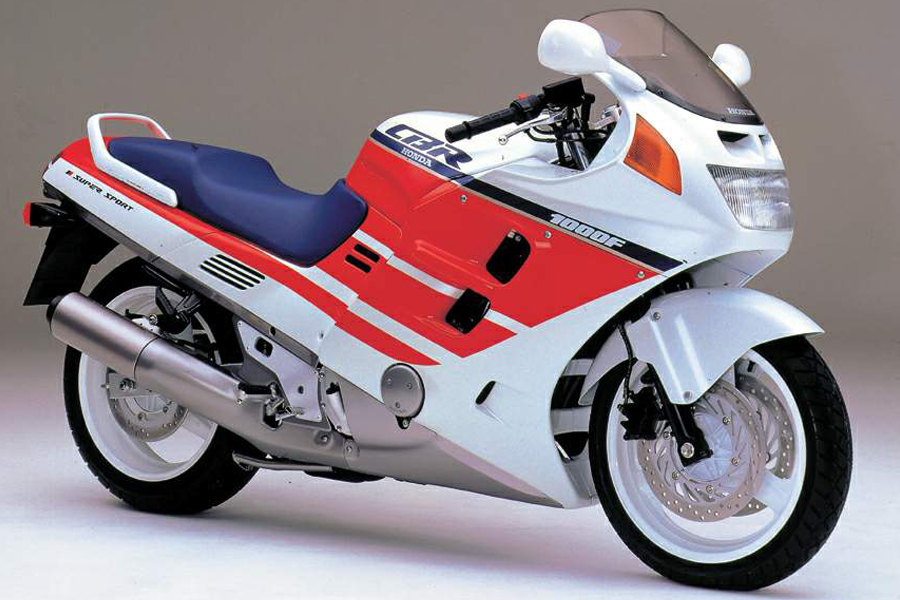 Mopeds and scooters remained dominant with the NC50 Express as advertised on UK TV by Twiggy, the Vision and Melody mopeds and 4-stroke Spacy 125 and 250 scooters. The off-road sports market was also well served with new CR, TL and XR models. By the end of the decade Honda were working on the new CBR900RR Fireblade, a highly successful super-sports model that takes Honda from 1991 to today! Over 20 models from this decade are on display including the following examples. 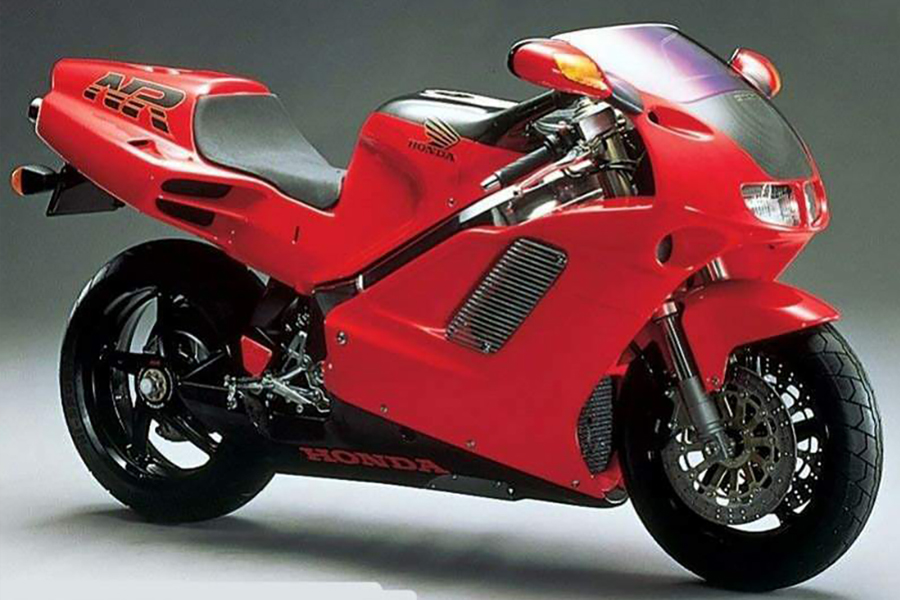 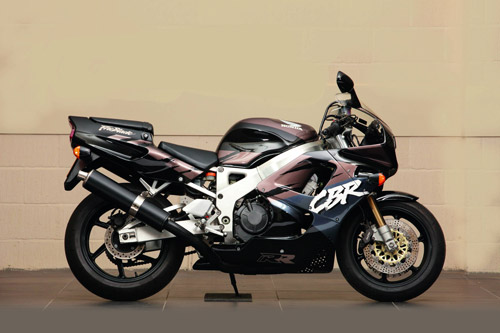 The collection finishes at 1991, the year Soichiro Honda past away. We proudly present two significant models developed during his last year.
Key decade models on display include :
• 1992 NR-750 (…the famous oval-piston V4)
• 1992 CBR900RR Fireblade (…the start of many!)